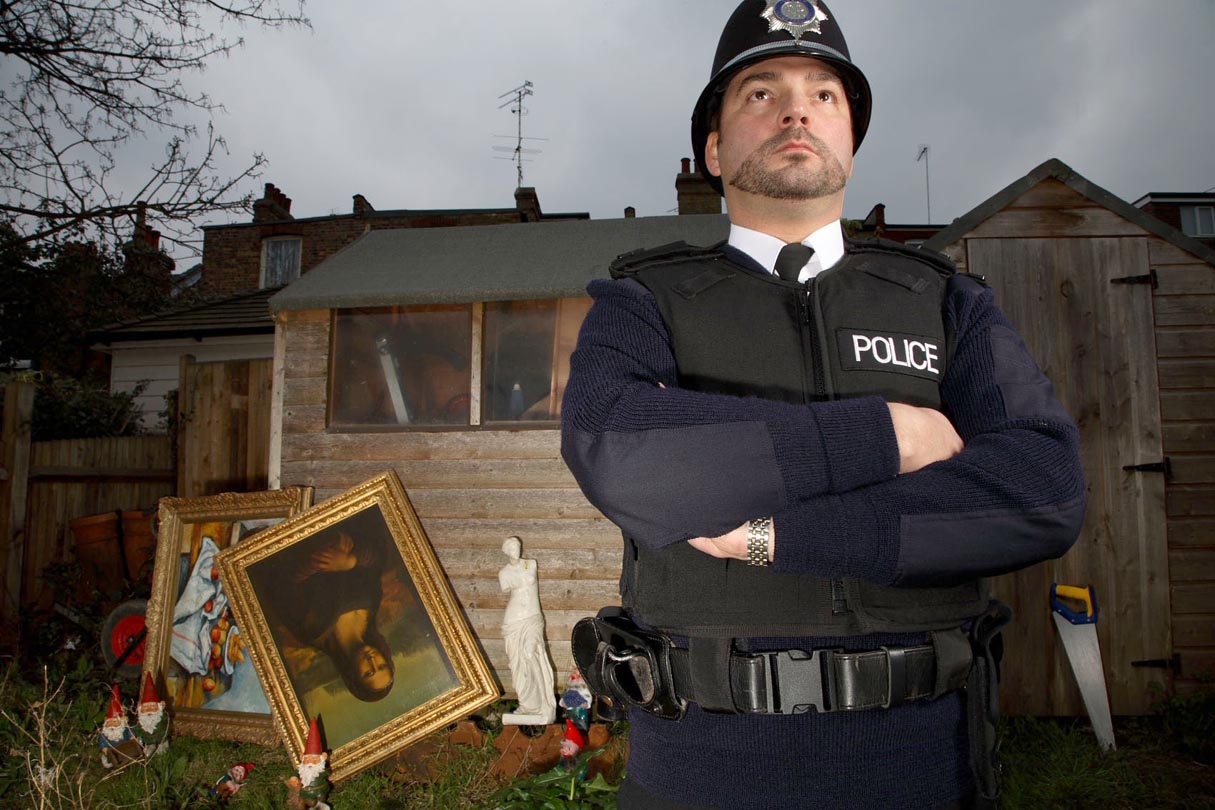 The Greenhalgh family from Lancashire conned the art world with a series of fakes sold to museums, galleries and collectors all over the globe, made in the garden shed of their shared council house in suburban Bolton. This highly acclaimed film uncovers the secret world of the most unlikely art forgers in history, interviewing the police who uncovered them, the experts they deceived and their friends and neighbours.

For over 17 years, led by 87-year-old pensioner George, the family systematically deceived the art world, including dealers, auction houses, museums and private collectors. Despite having made hundreds of thousands of pounds from selling dozens of fakes, the family continued to lead a modest existence, totally cut off from the outside world with only themselves and their forgeries for company.

While Shaun was busy carving, casting and painting the forgeries, his elderly father George was the salesman behind the operation. He played the part of the doddery old man to perfection, fooling the various experts that he came across into thinking that he had no idea of the value of what he possessed. But the family had, in fact, carefully researched lost masterpieces in art reference books from their local libraries, and skilfully assembled stories about the fakes’ provenances that some experts and auction houses believed.

Finally, in November 2005, their cottage industry in art and antiquities began to unravel when a minor error in an ‘ancient’ Assyrian tablet his son Shaun had knocked up in their garden shed was spotted by the British Museum. The police raided the Greenhalgh family home and discovered a house littered with fakes, among which were three of Shaun’s previous attempts at creating the Amarna Princess, a statue of Tutankhamun’s sister purported to be over 3,000 years old, which they had sold for £440,000 to Bolton Council.