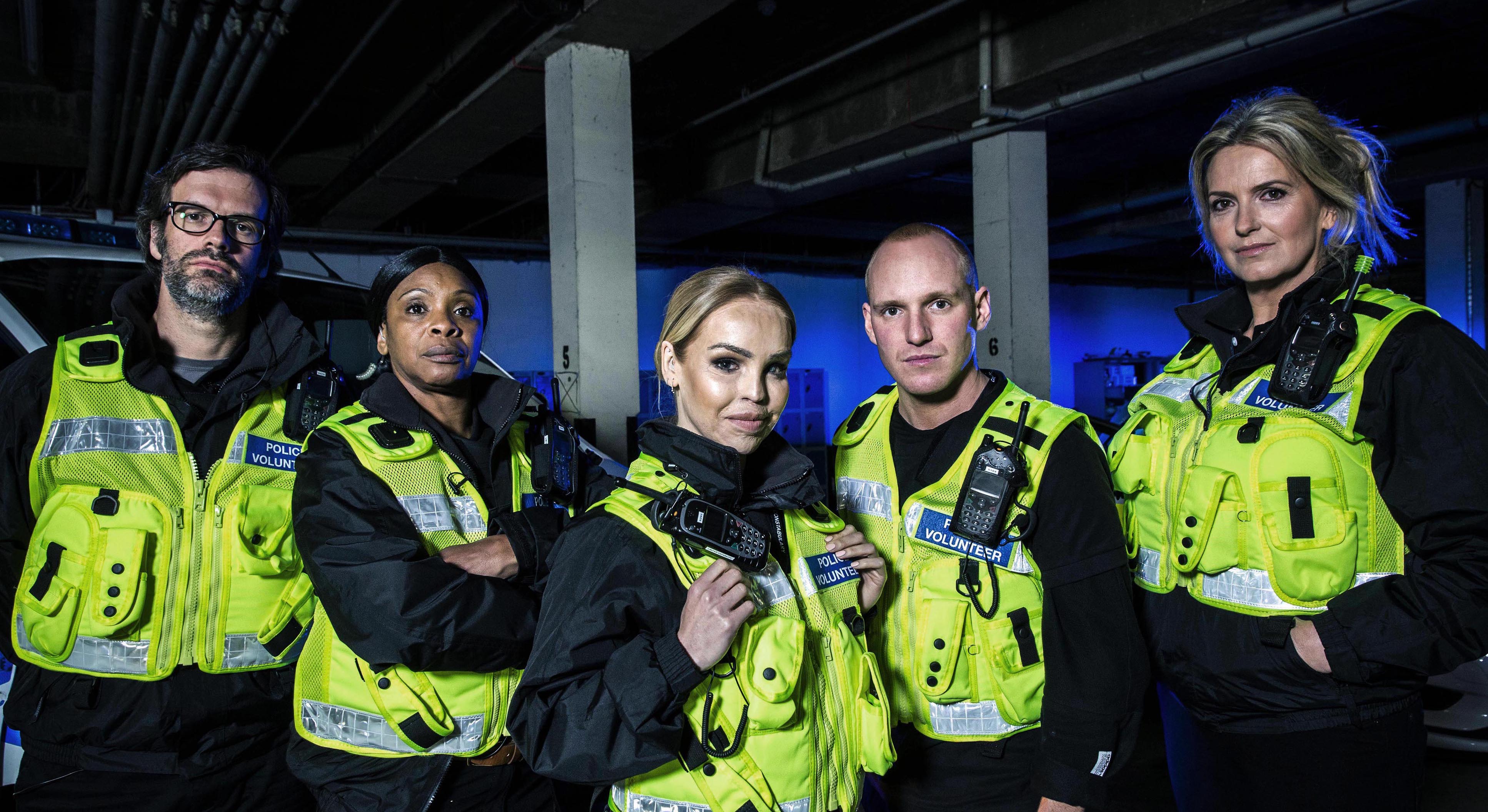 A bold new four-part series that follows a group of high-profile household names as they take on the challenge of their lives and train to work on the front line of British policing.

As British police forces are increasingly using volunteer officers in a wide range of roles, Famous and Fighting Crime gives these well-known rookies the chance to see what it’s really like to be on the sharp end of policing.

The famous crime fighters are trained as real-life Special Constables, before they hit the streets. Buddied up with serving officers, the new recruits work shifts in units from traffic to public order, custody to patrol and burglary, as well as coming together to help police events such as a rowdy football match or keeping order on a big Saturday night shift. As their experience unfolds we get to see how their personal development and how their views on policing changes.